This article is for educational purposes only. Here, we’ll attempt to reverse engineer the Hopper Disassembler and figure out their license handling technique. I’m currently running Ubuntu 18.04 with Hopper v4.5.11 installed.

First step is to locate the Hopper executable, which is usually at /opt/hopper-v4/bin. Know that the free version of Hopper does not allow you to save files and will display a dialog saying: “You cannot save with the demo version.” The free version also has a session time limit of 30 minutes. Starting up Hopper, we see the license dialog with a button labelled “Try the Demo.” Loading Hopper into IDA and performing a string search reveals the “Try the Demo” string at:

Further following the XREF brings us finally to the function sub_506CD0 which is most likely responsible for showing the license dialog. Therefore, it’s best to rename it to ShowLicenseDialog. From now on, ShowLicenseDialog will refer to sub_506CD0. Simple logic deduction leads us to believe that this function is run only when a license is not installed/registered with the software.

Now we just open every address (f1 through f7) in IDA and see what’s there.

Most functions are boring, usually Qt function calls and such. However, at 0x638031 we see:

Note a peculiar pattern: a call to sub_504550 followed by a test instruction and a jnz past the function chain (that eventually leads to ShowLicenseDialog). This is a strong candidate for a common coding pattern:

A closer look at sub_504550 confirms my suspicions.

Note the call to sub_502E70 which is a function that references the string “https://www.hopperapp.com/validate_license_v4.php” followed by several network calls and requests. We now know that sub_504550 is like a CheckLicense function. Patching the sub_504550 function to always return true (al=1 ) is easy, we can do it like so: 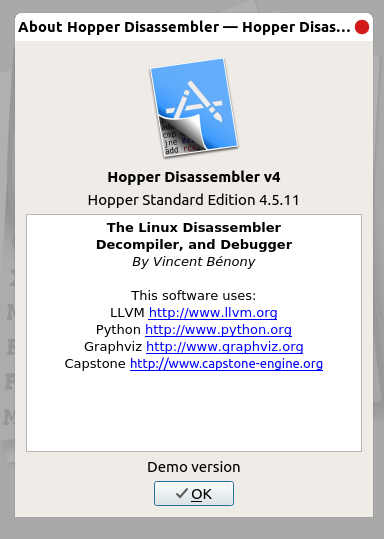 Therefore, we should search for the string “Demo Version” or “Hopper Standard Edition,” as those should appear somewhere near the “About” window dialog code.

Again, following the XREF leads us to sub_4C0930 (which was renamed to PrintLicenseName). Looking at the graph, we see: 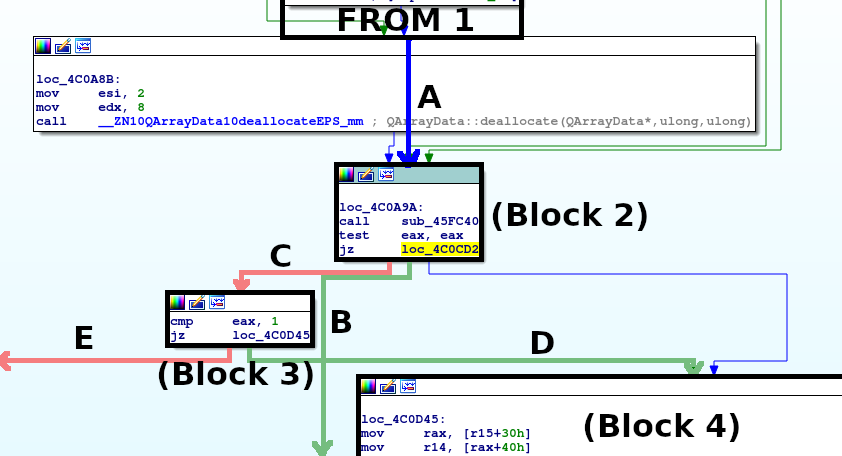 Starting up Hopper, we see that the license dialog is missing and we are allowed to save files unimpeded; therefore confirming a sucessful patch!